We were at Sarah’s Nan’s last Saturday and there was a huge pile of stuff that they had cleared from her brother’s house after he died and were intending to take to a Boot Fair the following day. Among the various bits and pieces I found a copy of an album from the dim and distant past that I used to own.

Clive Dunn cashing in on his role as Corporal Jones in the hit series Dad’s Army and his recent number one Grandad he released this album in 1971 but apart from the single and the b-side “I play the Spoons” the rest of the album didn’t set the world on fire! 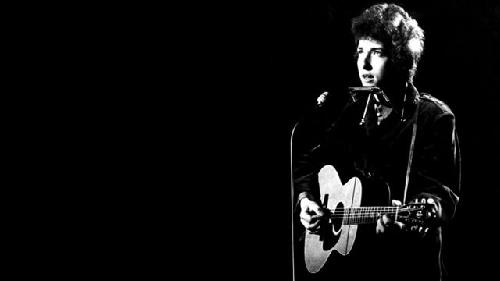 The Lonesome Death of Hattie Carroll has long been one of my favourite Bob Dylan songs every since I heard it on a scholarly program on BBC Radio called Bob Dylan and the language that he used. Where a self-ordained professor’s tongue, too serious to fool, spouted out about the poetic values in several of Bob Dylan’s songs. The song has stayed with me ever since and I ever memorised it while at university and used to close my eyes and recite it in my head when revision got all too much to take my mind somewhere else. I even got to see Dylan sing it, up close and personal at the Brixton Academy last time I saw him.

Well the story was based on an event that happened in February 1963 when Baltimore socialite and Tobacco farm owner William Zantzinger, drunk and rowdy at a party shouted racial abuse at Hattie Carroll who he thought was taking too long and struck her with a cane that he had been hitting people with since he arrived. She died later that night and Zantzinger was arrested and charged with murder.

The murder charge was later reduced to manslaughter and he was sentenced to six months in prison on the day Martin Luther King made his “I have a dream” speech in Washington DC – an event that Dylan attended. It’s believed that he read about the story on his way back home. The 6 month sentence was delayed so that Mr Zantzinger could get his tobacco crop in first. It was also served in what we would probably know as an open prison.

There has been a great deal of discussion about the accuracy of Dylan’s version of events, for example he got Zantzinger’s name wrong and wrongly claimed that he he was charged with first degree murder (it was second) and people claim he got the number of Hattie Carroll’s children wrong. However most of these inaccuracies could be explained by poetic licence and shouldn’t take away from the fact that this protest song was one of the most powerful statements put to music.

The one thing that is never stated in the song is that Carroll was black and that Zanzinger is white but every one who hears the song instinctively knows that. The power of the song springs from the understatement throughout. The chorus runs

until the final injustice is mentioned that six month sentance which Dylan delivers in a unemotional voice and then it chages to:

The verse structure is interesting too. The first verse is only six lines long and states the fact that William Zanzinger killed poor Hattie Carroll. The second verse is 8 lines long and tells of Zanzinger, how he owns a tobacco farm, with wealthy parents and high office relations.

The word table is repeated as if to emphasise the monotony of her existence. The verse then turns to the actual murder and at that point the rhymes change, all the rest of the song the words at the end of each line have feminine sounds but at the moment of murder the sounds change to hard masculine sounds:

Got killed by a blow, lay slain by a cane
That sailed through the air and came down through the room

The song then moves into a harmonica break which had it signalled the end of the song could have left it as a song about the injustices done by whites on blacks, men on women or rich on poor which in itself would have been a powerful statement but Dylan then returns with a final verse which again is 11 lines long so as not to overshadow the verse about Hattie Carroll and the song then deals with the injustice done by failing to punish Zanzinger.

In the courtroom of honor, the judge pounded his gavel
To show that all’s equal and that the courts are on the level
And that the strings in the books ain’t pulled and persuaded
And that even the nobles get properly handled
Once that the cops have chased after and caught ’em
And that the ladder of law has no top and no bottom
Stared at the person who killed for no reason
Who just happened to be feelin’ that way without warnin’
And he spoke through his cloak, most deep and distinguished
And handed out strongly, for penalty and repentance
William Zanzinger with a six-month sentence

The song became a powerful message in the fight for equality but there are those who say that Dylan distorted the truth and that has been the subject of a BBC radio 4 program about the song presented by Dylan biographer Howard Sounes. Howard once called the real William Zantzinger to ask about the song but as soon as he told him who he was Zantzinger launched a tirade of abuse about Dylan calling him a son of a bitch and saying he should have sued for deformation.

Having listened to the program and read some internet discussions I can’t see what the problem is. The main thrust of the argument seems to be the inaccuracies in Dylan’s song but as I have already said they could be explained by poetical licence – Zanzinger flows better than Zantzinger, first degree scans whereas second degree is more clunky etc.  the other discussion was whether the blow was what called her death. She had a history of illness but the court decided that either the blow or the stress from the racial torments metered out by Zantzinger that caused her to suffer a brain haemorrhage and die. Zantzinger was arrested that night but not for the murder, he was arrested because he had already assulted other members of staff and guests, including a pregnant woman, with the cane that he bought in a fairground. It was only later, after Carroll died that he was charged with murder.

It also turns out that the six months weren’t the only time that Zantzinger spent in prison! After he sold his farm he went into real estate and got into financial trouble and some of his properties taken off him by the county due to unpaid taxes. Mr Zantzinger however continued to collect rents on the properties even though he no longer owned them, in fact he even took some of the tenants to court for unpaid rent. Eventually it came to light and he was sentanced to 18 months on work-release in the county jail, 2,400 hours of community service and about $62,000 in penalties and fines for fraud.

There were mixed feelings about him because some argued that he gave homes to people who couldn’t otherwise afford somewhere to live but given that this was in 1991 and many properties were run down without even basic essentials like running water other people feel differently about him. One guy interviewed during the program, who kept referring to him as Mr Zingzanger, said he should have been strung up! It was also revealed in the program that some of Hattie Carroll’s children aren’t happy about Dylan either believing that he got rich off their mother’s death while they have and continue to live in poverty.

In any case William Zantzinger died in January 2009 aged 69, almost 45 years after the incident. The song he protested about would probably have worked even if Dylan had changed the names but the fact that it was based on a true story lent more weight at a time when there was such a strong Civil Rights movement in the US and like Blowing in the Wind before it gave strength to those who were fighting for equal rights in the USA.

The sad news today of the death of singer Ronnie James Dio from stomach cancer at the age of 67. The singer had been a member of Ricthie Blackmore’s Rainbow, Black Sabbath (where he replaced Ozzy Osbourne) and well as fronting his own bands Elf,  Dio and Heaven & Hell. I saw Dio as part of Rainbow at Newcastle City Hall in 1977 – he was the original singer in the band that Ritchie Blackmore formed after leaving Deep Purple. He co-wrote much of the excellent debut album simply called Ritchie Blackmore’s Rainbow. This album has been a long time favourite of mine especially for the track The Temple of the King, which sadly they didn’t play when I saw them.

One day, in the year of the fox Came a time remembered well, When the strong young man of the rising sun Heard the tolling of the great black bell. One day in the year of the fox, When the bell began to ring, It meant the time had come for one to go To the temple of the king. In my opinion Rainbow only made two decent albums, the first two, the ones that Ronnie James Dio sang on! I still prefer the first one to the somewhat overblown second album Rainbow Rising, so much so that when I got divorced I grabbed it back off my wife when she tried to claim it was hers!!

She was a big fan of the little bloke and it was probably only because of this that we went to see Black Sabbath twice while he was lead singer, once in Newcastle and once in a god awful venue in Leeds. I had seen Sabbath with Ozzy and no matter how much I liked Mr Dio I don’t think he could fill the gap left by Ozzies departure. I did take some photographs of Sabbath with Dio at the City Hall at that gig I will have to see if I can dig them out.

At some point when we still lived in Sunderland we went down to London to see a band and Val and I had to return home early because of some commitment where as my brother and his mates spent the following day in London before getting the train back.  She had joked that she bet they met someone famous and indeed while wandering around who should they bump into but RJD – they got him to sign a postcard for her. However I should point out that they originally thought he was the singer out of the Scorpions!

A sad day for rock music as one of it’s truly original voices has been silenced.

A few months ago I got a iriver T30 1GB MP3 player from someone on Freecycle so I have filled it with a load of random songs either that I had on their own or from albums where I tend to only listen to one or two songs.

I’ve put it on shuffle and it will randomly play through the 198 songs that are on there in a sort of iriver shuffle!!