A new series of Skins started last week and like the previous 3 series the man who finds the music has managed to find some fantastic music to go with the action. I blogged at the end of series 3 that I had liked a piece of music so much that I had to try and find out what it was and that was when I found the Skins Music site. 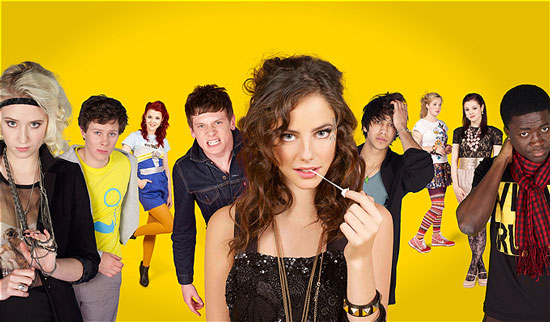 The track in question was Franki’s Gun by The Felice Brothers which still gets played on a regular basis. So after I watched the repeat show the other day (having fallen asleep during the adverts and missed part 3 the first time round!) I checked the site to find out the identity of a couple of the tracks. The one that stood out was the Great Procrastinator by Ivan Campo which can be heard on their Myspace site.

So I’m looking forward to watching the rest of the series and being able to find out what that snatch of music I liked is called and who it is by. At some point I will have to watch series 1,2 and 3 again to check out the music on those shows – and I still don’t think I’ve seen the bit where Tony gets hit by the bus!