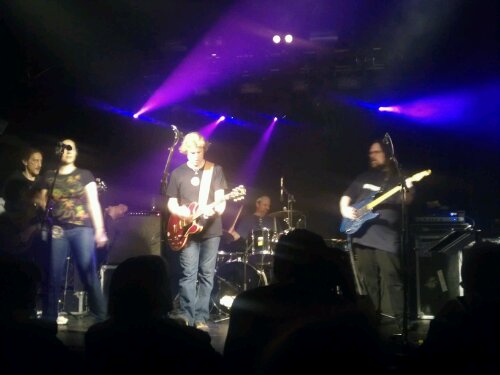 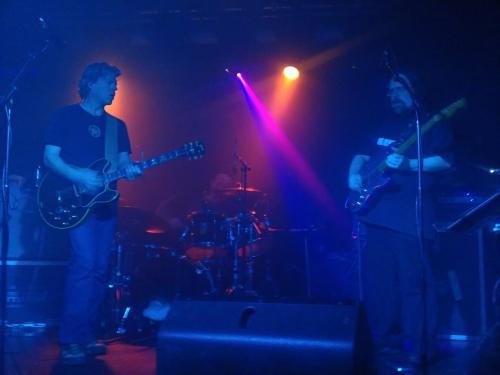 Filler
Brokedown Palace – with other drummer 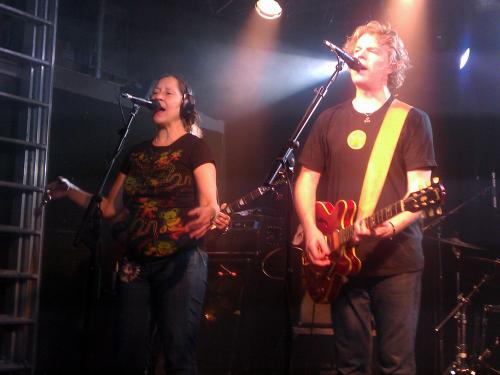 So I went to see the Dark Star Orchestra’s first ever UK appearance tonight at the garage in Highbury, London. They’re a Grateful Dead cover band but one which is well known in the US for playing whole shows taken from the 30 years or so that the Dead toured. As 2012 is the 40th anniversary of one of the Grateful Dead’s most (in)famous tours – their tour of Europe which spawned their triple album Europe 72 it seemed only fitting that the band come over and play some of the 72 shows in the cities where they were originally played. It doesn’t look like we’ll get a visit from the latest incarnation of post Dead bands Furthur so we’ll have to do without any of the original members.

It was obvious from the pre-show blurb that they would be playing one of the four Lyceum shows but which one? There were two which had huge versions of Dark Star and the other two had great versions of The Other One so either way we were in for a treat. There was speculation in the pub before hand with the 23rd May and the 26th May being the favourites. Unless it was the 24th it was going to be difficult to spot which show at first as the other 3 nights all opened with the same song. In fact the two nights mentioned shared the same four songs at the beginning of set 1!

As it turned out the show in question turned out to be the opening night of the run at the Lyceum back in 1972. The Garage was actually a lot fuller than I thought it would be as the band kicked off the show. I was quite close to the front in the middle so I had a good view of the band. Unfortunately I also had to put up with some drunken idiot dancers too and one in particular seemed to think it was a good idea to celebrate the end of a song by throwing his beer up in the air, something he did twice during the first set. 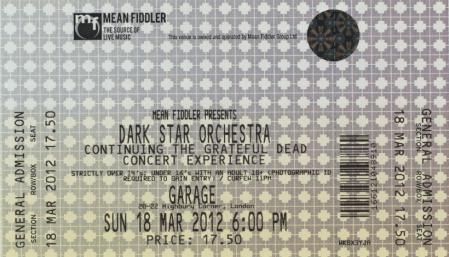 I’ve seen a few GD cover bands over the past few years, The Cosmic Charlies and Workingmen’s Deed from the UK and Deadicace from over the channel in France/Belgium. I have to say though that I found DSO to be a lot tighter and sounded more together than any of the other’s I’ve seen. This could be that they play together on a much regular basis and as the market for GD cover bands is so much bigger out in the States there are far more opportunities for them to play and earn money. I obviously can’t comment on how authentic they were to 1972 Grateful Dead as I wasn’t at those shows as I was only 11 (thank you to the person who asked me that down the front!). My only comment on that score was I thought DSO were a lot rockier that I would have expected from listening to the recordings from that era. I did get a comment from an old timer at the bar during the interval who said they were “too loud and lacked finesse” but obviously that’s his opinion and I don’t know if he was at the original show.

I guess that’s the thing about the Grateful Dead there are so many reasons why people like them. I, for example like the extended jams in songs like Dark Star or The Other One but other people like the danceable rock numbers, there is even one friend of mine who swears that 1995 Dead is the best there is, whereas most people think their final tour was awful. Some like to listen to the music, other like to dance the night away and of course there are all stations in between! This also means that while some people liked some of the above mentioned cover bands others saw different aspects to them – I still think the one I enjoyed the most was Workingman’s Deed as to me they were in the right area musically but other’s didn’t like them because of their vocals.

I was pretty sure I had the right date at the end of the first set but not being someone who memorises set lists so a quick check on deadlists during the interval confirmed what was to come in the second set. They kicked off again with Ramble on Rose before heading off into my favourite piece of Dead – Dark Star. Sadly I never got to see them play it and have only really seen it played live by the Cosmic Charlies and as a short jam by Workingmen’s Deed so I really enjoyed seeing it played right in front of me. It never ceases to amaze me what can be made of something that is essentially a riff and two verses of words. The only studio version that exists last a mere 2:40 and yet the live versions lasted 20, 30, 40 or even in one case on the Europe 72 tour 50 minutes.

The song was just reaching a crescendo when the drunken dancer suddenly re-appeared next to me. Now I wanted to listen to the song and the last thing I wanted was to have my enjoyment spoiled by someone sticking their drunken face into mine and starting to stroke my beard! So I brushed him away and when he came back I lifted my arm and basically shoved him away from me. Luckily for him he didn’t come back again otherwise I might not have been responsible for my actions! In fact I didn’t see him again for the rest of the night although his legacy remained as my feel stuck to the beer sodden floor!

So all in all a good night, bumped into lots of people some of who I knew and remembered and some that knew me but I couldn’t remember them (I’m hopeless!). I handed out a few leaflets for SoL at the end and even managed to give one to the band and tell them they should come and play next year. They did say they’d be coming back but then we’ve heard that before from American bands who then are not seen again. I can quite understand it though as I’m sure they enjoy playing here but suspect that once they get home and tot up the finances it doesn’t look as attractive as it did. The sad reality for most musicians these days especially those in bands. 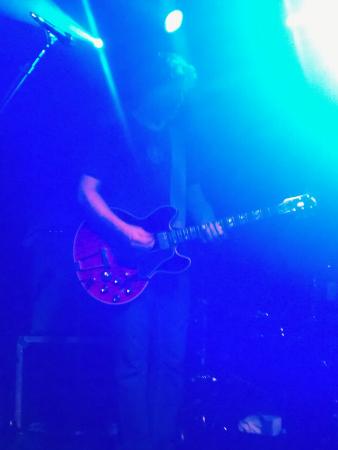